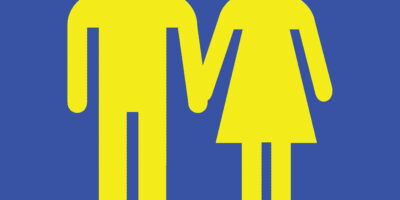 In an earlier post, Mr. Jacko argued that if there is really no difference between men and women in terms of their potential for athletic performance, then we ought to do away with the divide between men’s and women’s athletics altogether. While I know this read to some as a snarky reductio of an empirical claim that is pretty dubious on its face, I found it an interesting exercise in arguing in the alternative. Everyone gets so caught up on disuputing the descriptive premise here. But if it were true, what would follow? That question deserves more attention.

Nonetheless, after more thought, I think Mr. Jacko’s argument contains a substantial flaw. The descriptive view in question is that there are no differences in athletic ability between trans women and cis women. But there are two different versions of that view:

Now let’s consider the Modest No Difference View. If this were true, it would not imply that there is no difference between men and women at all in respect to athletic ability. It would instead imply that HRT is successful enough at reshaping the human body that it eliminates the competitive advantage one gains by going through male puberty. This is a much more plausible descriptive claim than Radical No Difference. And Modest No Difference does not imply that we should do away with men’s and women’s sports as distinct. Cis women and trans women who have undergone HRT will be at a distinct competitive disadvantage, and this is the justification for separate athletic competitions.

This is all relevant because Mr. Jacko cites the ACLU as an organization that has lined up behind the view that there are no differences between cis women and trans women in athletics. But the ACLU does not accept Radical No Difference. They instead accept Modest No Difference. So as a criticism of the ACLU, Mr. Jacko’s argument fails.