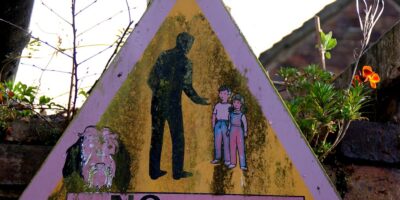 First, blog posts don’t go through the peer review process. Anyone is free to set up her own blog, write something, and hit “publish.” Not only does she not have to submit her blog post to a group of her peers, she doesn’t even have to have an editor to correct her mistakes. Indeed, it’s not just that she doesn’t have to; it’s stronger than that. There is no pressure at all to have an editor. If someone said “I’d love to set up a blog, but I can’t find an editor!”, people would wonder whether the “publish or perish” system had nuked her brain.

The second difference is that journal articles are supposed to contribute to human knowledge, whereas blog posts aren’t. Now, don’t get me wrong here: I’m not saying that all journal articles succeed in making genuine contributions; just that that’s what they’re supposed to aim for. E.g., if you try and fail to make a good coffee cup, it doesn’t mean that you weren’t even making a coffee cup. It just means you made a bad coffee cup.

OK, so what’s the point of all this? The point is simple: don’t apply the same standards to blog posts as you do to journal articles. The kind of mistake that makes you think that a journal article is bad doesn’t necessarily make a blog post bad.

You may disagree. You may say, “look, you’re burning a straw man. No one said that you should hold all blog posts to the same standards as journal articles. If a blog post doesn’t try to contribute to human knowledge, then few will criticize it in the same way they would a journal article. But if it does try to contribute to human knowledge, then why not hold it to the same standards?”

There are a few reasons for this. First: blog posts aren’t peer reviewed. That means they’re likelier to contain mistakes, but also less likely to appear as though they were written by committee (consisting of: the author, the editors, and the reviewers). That’s a trade-off, but it’s often worth it. To put it in other terms: the blogger is the author, and the commenters are the reviewers.

Second, blog posts are designed to appear faster. They are a medium designed to encourage quick takes. Not all blog posts are like this, of course; but many are, and they’re still blog posts for all that. Yes, they may not interact with all the relevant literature, or even any of it. That’s the price of speed.

Third, people who comment on blog posts are used to reading them and giving their first reaction. If a blog post is too good, then they won’t be able to do that. There have to be some flaws for there to be a discussion. Letting loose is a good way for this to happen.

Finally, blog posts are a good way to get better journal articles. Some people are good at writing in isolation, reading papers in silence, and figuring things out in their heads. But others aren’t so good at that – to cultivate their ideas, they need to throw them out there and see what people think. Then they take them back to the drawing board. Rinse and repeat. After a while, you’ve got a contribution to human knowledge going.

Long story short, remember what blog posts are: hold them to different standards, because they may just be the way people produce work we can all hold to the highest standards.